This December 2 - 23, Mike Gough unveiled a new body of work in his solo show how we get there at the Christina Parker Gallery in St. John's.  This is an excerpt from our animated conversation:

• GH: My first reaction upon walking into your new solo show of paintings was, "Wow, who turned on the lights?  Your pink palette is very arresting–in the best way.  What happened?"

MG:  With each series of works in the past I have let the palette develop naturally – from painting to painting.  I gave a lot of consideration to light and darkness and how to describe time with colour.  Although many of the paintings were night narratives I tried to bring light from the darkness in the form of snow, city lights and the moon.  The pink represented a familiar evening light and it allowed me to bring warmth to the series.  I have really vivid memories of cold winter evenings when the sun started to descend and a ribbon of pink would appear on the horizon.

I also introduced gold and gold leaf to areas of the paintings. The reflection on the metallic added a layer of depth.  I like the associations with the colour, a sense of preciousness which is something I felt about the memory narratives I was painting.

Over the past few years, I’ve made it a priority to see parts of the island that I’ve never had an opportunity to explore.  Many of these places were rugged and barren where you’re confronted with elemental forces throughout the landscape.  The work began to emerge from these experiences.

In July, during an artist residency at 2 Rooms Contemporary Art Projects on the Bonavista Peninsula, I spent time exploring the area alone.  Driving hours and hours across roads and highways, hiking through the woods and spending time considering the landscape gave new breadth to my work.  The moments of solitude made me think about the elements and how they connect and define us.  The environment holds such power in shaping who we are. These considerations lead me to develop many images from my childhood, all of which relate to the elements.


•GH:  Overall, there is a sense of optimism and openness…I think that comes from both from the palette and the composition.

MG:  The optimism and openness was a result of embracing the influence the landscape has had on my practice and my life.  It’s a body of work I’ve wanted to make for a while, but I was intimidated by the open space in the paintings.  The work in the past carried more abstracted content whereas this exhibition is a little more direct.  I’ve always struggled with making ‘literal’ paintings out of fear they would not resonate.  With abstraction I found a mental loop hole where if the work wasn’t completely understood – it’s okay.

By embracing the environment I began to see things from a new point of view – one rooted in provincial pride.  While I once felt isolated living on an island, I now feel protected.

The painting process conjured early memories of my childhood on the west coast of the island.  Many of these memories celebrated the love in our family and our journeys throughout the province which I’m sure also contributed to the optimism you experience in the work.


•GH:  I was also really struck by your under-painting, which gives you all kinds of interesting results.  The brown of the earth or ground has richness to it and the pink in the snow makes it feel warm.  Can you tell me a little about the process and decisions here?

MG:  I felt it was important to layer the paint in many of the works that featured vast skies or land because of the simplicity of the compositions. I wanted them to have depth and richness.  In some instants I used acrylic on top of spray paint and let the paint repeel to create texture.  I liked seeing the under-painting come through because it stepped away from the overall graphic quality of the image.  I tried to find a balance between the hard edges and the more ethereal gradients.


•GH:  One of your consistent elements in your paintings has been the cursive incident.  You've still got that but it is more relaxed.  Actually, there seems to be less of a fight with the surface compared to your earlier work.

MG:  I recently moved my studio into my new home and expanded my work area.  This meant I was able to sit with the work over the course of many months.  There was no pressure to add marks or drastic changes. The work had the opportunity to evolve gradually and the result was less tension in the mark making.

Once I finished the first few paintings for the exhibition I had a sense of what I wanted to present.  The paintings developed into solitary and quiet images, which made the painting process more meditative.


•GH:  I think you are adding to your range of mark making; this drawn circular line around a pool of colour intrigues me, be it a pond or an arch.  There is a welcoming irregularity that contrasts with the other more precise elements.

MG:  I hadn’t consciously identified these marks until you mentioned them and they are in most, if not all the paintings.  What I love most about drawing/ mark making is how intimate an act it is.  I think these hand-drawn outlines was my way of creating that intimate moment.  To view a painting and follow an artist's line is something I’ve always appreciated.  Again, I think I was trying to balance out the graphic nature of the taped line and solid horizons with evidence of my hand.


•GH:  One of the other big changes that I noticed was the inclusion of the human figure.  In the earlier work, the viewer was held more at arm's length by very well resolved design of more abstract elements.  The human figure gives the viewer an access point.

MG:  The figure definitely acts as an access point.  They appear back to the viewer so the viewer is encouraged to imagine themselves in position – seeing what the figure is seeing.  I began smudging the graphite outlining the figures as ways of introducing the presence of the artist's hand against dominate graphic landscapes.  With some of the paintings the figure was also crucial to give a sense of the vastness in the landscape.  In The Nightfall III the snow and sky almost engulfs the walking figure.

For me the duality of the title, ‘how we get there’ speaks to both a physical expedition as well as a mental journey.  It considers the choices we make and the paths we take that lead us to this moment.  At the same time, the literal notion of ‘getting somewhere’ is implied and we consider how we navigate through the landscape.  The figure played a key role in developing these ideas.  I think without it they would be strictly landscape paintings rather than narrative works.


•GH:  I think the smudging of the graphite is really important.  The image of walking under the stars on a snowy night risks being cliché but your use of the smudge keeps it from being literal.  Bravo!

Assassin's Creed goes to the Symphony 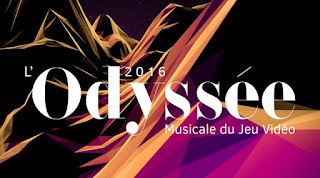 Last week I was in Montreal visiting old haunts including among them the Salon de Musique at Place des Arts.  This is the concert hall where I first experienced symphonic music and I fondly recall throwing red roses on stage decades ago– in the company of men wearing white tuxedos.

My most recent experience was entirely different but equally heady: l'Odyssée 2016, Musicale du Jeu Vidéo.  I had expected that the event might be similar to ones mounted by Video Games Live and I was wrong.  There was no Internet celebrities, costumed performers or musical stunts with blindfolds.  This was music pure and simple performed by the Montreal Orchestra Company.  Lush, big sounds worthy of the epic, heroic music produced by a radiant orchestra who clearly enjoyed every moment on stage.  The delicious hook was that the vast majority of the music had been composed in Montreal– all of it for the international video game market.

"How had Montreal become a Mecca for the video game industry?" I wondered.  There are currently approximately 30 game developers, with Ubisoft alone employing 2,700 workers.  Curious, I did a little digging.

When the global economy unfolded it took with it many jobs from North America such as the textile industries that had been a significant presence in Montreal.  That absence meant empty vintage industrial buildings and an alarming vacancy rate in the city's housing of 25%.  Ubisoft originally had wanted to set up an office in New Brunswick but eventually was sold on Montreal as a city with a reputation for being cosmopolitan, creative and - most importantly- generous with incentives.  Quebec lobbyist Sylvain Vaugeois went to the provincial government 20 years ago because he knew that it was interested in job creation in the high tech fields.  He proposed that the government offer $2,500 per job but the P.Q. declined.  Undaunted, he went to France to approach Ubisoft and sell them on Montreal as their North American office.  They were keen but wanted the incentives Vaugeois described.

Eventually, it was leaked to the press, which in turn basically shamed the P.Q. for potentially missing the opportunity.  Cap in hand, the provincial government went to their federal counterparts and a deal was hatched.  The feds kicked in $1,000 per job if the P.Q. contributed $1,500 and the rest is history.  After Ubisoft opened up in the Peck Building, the Mile End district was revitalized and other video game companies followed turning Montreal into the hub it is today. 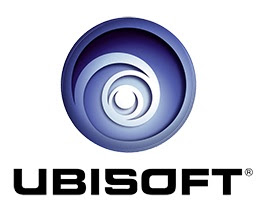 I will admit that the crafting of an ethical business deal intrigues me.  Identifying opportunities, finding partners, carving out the benefits and hammering down the details is, in my opinion, a creative act.
Posted by gloria at 08:30 No comments:

Email ThisBlogThis!Share to TwitterShare to FacebookShare to Pinterest
Labels: or how Ubisoft got to Montreal
Newer Posts Older Posts Home
Subscribe to: Posts (Atom)