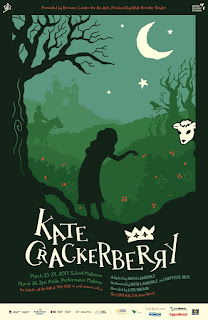 This Place the Way I See It, Ilse Hughes at Red Ochre Gallery


On Wednesday, March 15th, 2017 the Red Ochre Gallery was a buzz with visitors who had turned out to see Ilse Hughes' latest paintings.  It was a vibrant vernissage.

My first impression was how the colour mauve linked many of the landscape paintings, so I asked Ilse about her apparent love affair with lilac (I am a sucker for alliteration).  She explained that it began in the rocks and that it had grabbed her attention in a certain light.  The particular shade of mauve that Hughes uses can express mystery, moodiness, or serenity and positivity.

In response, Hughes elaborated, "I have been experimenting with strong colour for years now. In my last two exhibitions (2012, 2009) red was a dominant feature. The theme of the earlier exhibition was trees in the winter landscape and I used red to show their vitality and strength. In 2012, the theme was the fishing stores in the outport communities which are predominantly painted in red ochre. Interestingly, even then I often used lilac as a counterbalance in other parts of the paintings.… You are right, purple expresses a moodiness, a cool serenity."

Many of the viewers commented that Hughes' depiction of water reminded them of Monet's paintings of Giverny.  This is high praise for any painter but it is particularly relevant, as Ilse Hughes has spent time painting in France. This is how she responded, "It is true that I spend part of the year in France and no doubt I am influenced by both the French landscape and the art galleries that I visit. France is a warm and soft country. Newfoundland stands out in strong contrast. There is a strength and a severity in our environment which strongly influences my colour choice. There is no room for soft, gentle shades."

What I suspect the viewers were responding to was Hughes' skillful way of rendering reflections.  For example, the undulating curves of a mountain range were captured in their liquid, reflected magic with loose but controlled gestures in paint.  It is clear that as much as the artist is attracted to certain scenes, she is in love with paint.  Every stroke matters and there is a characteristic intimacy and freedom to Ilse's compositions.  These are paintings that would be very easy to live with.

Ilse confirmed my observation but lead back to the importance of colour.  She said, "You are right that I am in love with paint. I used to think that it was the brushstroke that mattered most to me but now I realize that it is colour that fascinates me and the way in which it can be used to bring a painting alive."

In addition to the landscapes, there was an earlier floral work and at least one small portrait, recalling for me, Ilse Hughes' earlier portrayals of musicians swept up in the active rhythms of the symphony. Chagall use to listen to music while he painted and his wife also read to him.  I wondered if there is anything in particular that Ilse enjoys while  she paints…it turns out it is CBC radio rather than music.  She calls it her "beloved companion" but when she is concentrating Ilse admits she doesn't hear what is said.

It had been far too long since I'd had up my nose against a real Chagall painting, so I decided that a transfusion of his brand of colour and music would be the perfect cure for a long Newfoundland winter.  I was not disappointed.

This is a mega show of 340 works that span decades of Chagall's long and prolific career and it sprawls through several galleries in the new wing of MMFA.  Chagall was born in the Russian Village of Vitebsk in 1887 and lived until 1985, dying in Saint-Paul, France (which is why he is often described as a Russian-French artist).  In between, he lived in NYC, Israel and Mexico.  Above all else, I think of Marc Chagall as a Jewish artist.  He was a dreamy and romantic man but he was determined.  His parents were not thrilled when he decided to become an artist and the Russian Empire was hostile to Jews.  Still, he continued. Chagall was born to a Hassidic family and he paid homage to that heritage throughout his career–his image of the green-faced Klezmer fiddler is an icon.

During my visit, there was a screening of a documentary that featured an interview with Chagall in French, with his wife as a translator; the setting was in the family's French garden.  Being able to hear the artist discuss his work and career, in his own words, is what persuaded me to spend a precious 180 minutes of an afternoon visit.  The closest I could get to an answer for why was the fiddler's face green (many of his figures have green faces) is Chagall's simple explanation, "I paint things the way I see them."

The exhibit held many surprises for me.  Many of the paintings were done on paper or cardboard and later backed by canvas, I imagine for conservation purposes.  The large-scale works were items like the seven panels from the Theatre of Jewish Art from Moscow or the ceiling work from the Paris Opera House.  These galleries are awash in curated music that combined with the visual elements to steep you in a complete experience.  Chagall often listened to music while he worked and with the help of colleagues still alive, these composers and selections were featured.  Special programming follows these preferences; if I couldn't have made it in to the assigned-seat screening of the documentary, I would have chosen a live concert of the Bach Cantatas.  The MMFA has its own superb concert venue, The Bourgie Hall that I can vouch for from previous experience.

Chagall was a multi-disciplinary artist, who worked in printmaking, as well as painting, stained glass, ceramic murals, book illustration, costume design (for ballet and opera), and scenery both in paint and in tapestry.  It was rewarding to see studies, drypoint and gouache grouped together to illustrate the artist's creative process around a central theme or image.  The extensive collection of costumes is a highlight as they capture the magic and whimsy of Chagall's artistic vision.  The animals, with their near-human faces migrate seamlessly to costumes and masks
.
Posted by gloria at 15:52 No comments: