"I Never Figured You For the Tattoo Type"


I did not blog last week as I was busy attending the 2014 Maritime Tattoo Festival in Halifax, Nova Scotia.  But I admit my tattoo adventure started in the St. John's airport not far from home.  I was just taking a seat in the departure lounge when I found myself studying a blue rendtion of the Japanese god of war on the back of someone's skull.  I really like the effect of having "eyes on the back of your skull" particularly when the man has a shaved head and wears a pair of gold loop earrings.

This particular man was on my wish list of interview subjects, so I went over to introduce myself and confirm that I had the right individual.  Are you so-and-so I asked?  He said "no" with a rueful look in his eyes.  "I hear he went out to B.C.," he added.  I couldn't have been happier because this meant my subject was prepared to be more frank, especially as he was holding a boarding pass for the plane going to B.C.  We dug right in.  Data mining some would call it.  The conversation ranged from using a pressure cooker to sterilize equipment to comparing our recipes for a prison tattoo to who was really the best tattoo artist in the province.  My final question for him was "why did you give tattooing up?"  And his simple answer was, "not enough passion".  I couldn't ask for more honesty.  I didn't want things to end on a down note so I quipped, "what?  Not a woman?"  His laughing response was, "oh that was why I started."

The entire weekend was filled with memorable meetings as I proceeded to eat, breathe and sleep tattoos.  I was happier than the pig in the proverbial poo.  The hotel I stayed at was a small family run affair rather than your usual cookie cutter franchise establishment.  The desk clerk was of Asian descent and after learning why I was in town, he began to quiz me on Japanese themed tattoos.  I laughed when less than five minutes later we were embroiled in a debate about what was the proper length of a yakuza sleeve.  Recognizing neither of us was likely to admit defeat I asked him, "What are you basing your argument on?"  His answer: "my grandfather".  Apparently, his grandfather was a member of the Japanese mafia, complete with scars.  I was trumped.

Later on the desk clerk asked if I wanted to see his ink.  I always say yes when anybody offers because I never know what I will discover.  In this case, the chap's legs were flecked with question marks, infinity loops and well placed on the swell of his calf was a large egg with a tell tale moustache.  "You're a Salvador Dali fan?" I asked with surprise.  "Absolutely, and his infinite questions" was his response.

The festival itself reminded me of a craft fair.  Booths lined with blue curtains and eye-catching posters; tables with product and portfolios showing sketches, designs and previous commissions.  The only difference was that the craft was tattooing and the product was on people's skin.  One lady smiled up at me as I watched the tattooist work on her thigh drawing an elaborate bouquet of flowers.

My favourite tattoo that day was a rendering of a stone sculpture on a shoulder.  The young man had brought an art history book as reference and I watched in admiration as Marc Levesque from La Mark in Quebec delicately put in the dimensional shading.  I liked how his eyes darted back and forth from the book to the client's shoulder, capturing the details.

Throughout the weekend I was repeatedly told, "I never would have figured you as the tattoo type."  To me, this begs the question "what is the tattoo type?"  I looked around me at the festival crowd, which ranged from students to grandmothers, from bikers to bankers.  The crowd was punctuated with young couples pushing baby strollers.  I mean really, "is there such a thing as a tattoo type?"
Posted by gloria at 09:10 3 comments:

On artists and their parents

It was inevitable this weekend that I would be thinking about motherhood, as it was Mother's Day yesterday.  However, I did not expect to be thinking about it for almost two weeks, which is what happened.  Part of the reason for this was that on three occasions I met with artists, who made a point of introducing me to their mothers.

I often talk about my practice as an arts writer as building a bridge of words.  It is what I figure I do: constructing a way for the audience and art object to connect.  I see myself as a facilitator or a midwife rather than a critic who is trying to pick apart something.  It is a choice of synthesis or putting things together.  Although I take care not to use language that will alienate my audience, it is only recently that I have discovered that parents of the artist are an important part of that audience.

During the past two weeks I have had four artists tell me that an article I have written about them has made a significant difference to their relationship with a parent.  It helped the parent understand a vital part of their child's life.  Wow.  What more could I ask for?  And why had I never thought about this before?  It is so obvious.

In my books, a true artist is someone who has no choice but to create.  In order to be happy, to survive, creating art is necessary to an artist.  I am that way about writing.  I write the way other people breathe–without question.


Back to artists and their parents.  The parent child relationship has to be one of the cornerstones of human existence.  As children, we crave our parents' approval and understanding.  But it is very hard to have meaningful approval without genuine understanding.  Having your art written about and published in a respected magazine or journal is validation in and of itself.  It means you have arrived as a professional artist; you have been recognized.  If that writing is done in a way that is insightful without being burdened by jargon or art speak that sense of validation extends to a wide circle of colleagues, friends and yes, parents.  Most artists regard their art as an extension of themselves and so that sense of validation runs deep.  What I have discovered is that it allows an artist to share a part of themselves with some very significant people, including their parents.  It engenders a conversation that might not have happened otherwise and enriches an already profound relationship.  Aren't I lucky?

Email ThisBlogThis!Share to TwitterShare to FacebookShare to Pinterest
Labels: Mother's Day and artists

Craft and Sin in the same headline?

I have just come from the Sin City Crafters fair held at the upstairs space known as the Rocket Room, above the Rocket Bakery.  True to its sizzling title, I spent every cent in my pocket on luxury items, a.k.a. stuff I don't really need but, that will give me satisfaction and/or pleasure.  Is that the vice aspect? I kicked my feet in a fit of delight when I saw the poster.  This was inspired marketing. 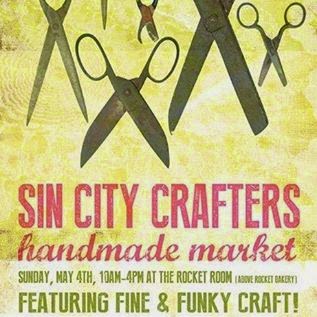 I am not familiar with St. John's as a Sin City but I am open to persuasion.  My hometown of Montreal, at one point in time, was regarded as a Sin City but that was due to the influx of thirsty Americans fleeing Prohibition laws.  Canadian Whiskey and the Seagram Company was never the same.  Ibiza in Spain wears that title now with its club and drug culture.  And I am sure many other cities do too from Las Vegas right back in time to Sodom and Gomorrah.  So, why not St. John's as Sin City– but in relation to craft? 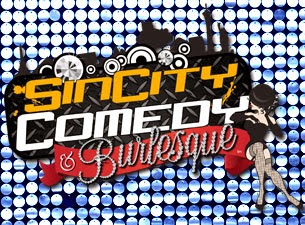 The Culture of Craft contains a chapter written by me titled Craft in a Consuming Society.  It contains my analysis of the various ways that craft is used in our society, how it is sold and related issues (is it a profession or a vocation?).  My special focus is on the giftware trade, from souvenirs to wedding gifts.

I have tracked the word "craft" for decades now and I can tell you with authority it is probably one of the least sexy words in common parlance in the English language.  When the One of a Kind craft fair in Toronto was being transformed from a hippy run event in a field to a capitalist endeavor that would routinely generate big profits the owners did extensive market testing around associations with the word craft.  In a nutshell, they discovered that the word craft was associated with something your ancestors did in order to survive.  Basket making, weaving of cloth, iron smithing for horseshoes, etc.  Instead of trying to revamp the word craft they decided to advertise the craft fair as "the best ten days of shopping", which had more sex appeal.

One of the other related practices that I have tracked is how an artist or craftsperson signs their work.  I have studied "signature" and written about its various aspects for years.  I think it was in 2007 when I wrote an essay where I observed that the things in my personal collection did not have designer labels but they all had signatures.  My looking at the handmade dishes in my drying rack beside the sink sparked this observation.  Years earlier, I became fascinated by the topic when I was at a fibre conference and a traditional basket maker, Edith Clayton, sold me an apple basket.  When she took out a black sharpie marker and signed her name on the pristine white handle, I was horrified.  Looking at my face she said with a shrug, "everybody else is doing it."  Edith might have been close to eighty at the time.  She had never signed her work before but somehow the marketplace had made it appropriate.


Selling something sure changes the dynamic.  Think of the difference of selling a kidney as opposed to donating it.  I've nearly been sold three times in my life: once in Turkey, once in North Africa and believe it or not–once in Montreal.  That's a story for another time.
Posted by gloria at 14:30 No comments: