The highlight this week for me was something of a double-bill.  It was the launch of Joel Thomas Hynes' Say Nothing Saw Wood at Bianca's and the Gerry Squires show of paintings at Emma Butler Gallery.  The novella by Hynes produced with its usual loving care by Running Goat Press and Veselina Tomova design work is illustrated by drawings done by Gerry Squires. 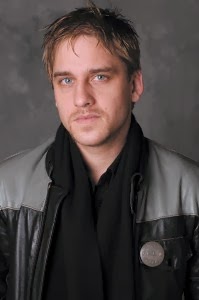 Actor,writer,director and musician –Joel Thomas Hynes is probably this province's favourite bad boy.  And I suspect talent drips from his fingertips.  There is an earnest hungry quality to his writing.  It is a very enjoyable urgency that has little to do with plot and more to do with a state of being or feeling.  Even after nearly 20 years living in St. John's, I still have a mainlander's ear and so I particularly enjoyed hearing Joel Thomas Hynes read the opening passages of his novella.  When he leant his voice to the stark words the dramatic cadence came alive and it was obvious that these words were at one time meant for the stage.  The inside cover describes the work as "Newfoundland Gothic at its best" and that isn't an exaggeration.

In contrast to the images in the book, the recent paintings by Squires at The Emma Butler Gallery reveal a side of the artist that is decidedly more mellow.  Lush green meadows have replaced the often brooding gnarled roots and boulders we associate with Squires.  Softly glowing portraits of literary greats like Herman Hesse and Virginia Wolf were a complete surprise to me.  One painting, The Shout, showed a red headed and very pink boy who resembled a force of nature against a green background.  The complimentary colours vibrated wildly.  Other darker pictures were still, such as a water lily amid liquid shadows.  This was an exhibition of paintings done by an artist who was painting for himself rather than fulfilling the expectations of a market of collectors. 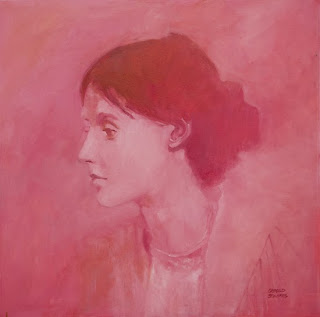 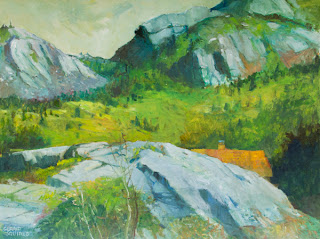