This is it, the final blog for 2013.  One of the great joys of my daily life is that creative people who surround me from time-to-time share their bounty.  My Christmas stocking gets filled with hand-made Christmas cards, delightfully deranged Nativity scenes, slightly obscene cookies, soap made from donkey's milk, poetry and CDs.  Down with boredom.

Now, I am not too surprised when my friends who are professional musicians have a new release, likewise the authors with books.  As I often point out to my media savvy class "musicians play music" does not make a news story.  But when I get unexpected photographs from a friend's performance at the Horseshoe in Toronto and I think of them as a visual artist…the eyebrows go up.  To sell anything you need a hook.  I often listen to a story pitch from an excited artist, author, musician, fill-in-the-blank, and the question going through my head is "Where's the story?"  Stories create buzz and in this day and age of social media you need a story that can be meaningfully condensed into a sound bite.  A tweet is basically a title that goes with a story written is someone's imagination.

The top spot on my unexpected pleasures list goes to Jonathan Deon and his new CD, EVERYBODY GETS A TROPHY.  I tend to think of Jonathan as a melancholy young man with a black streak as dark as his eyes and hair.  I teased him about the smiling shot of him on the back of the CD.  And he responded that I was not the only one who commented on that, and then added, "I guess if you shoot 200 pictures you might get one of me smiling."

You can sample the CD for yourself, through his Sound Cloud.  Here's a link:
https://soundcloud.com/hector-the-crow 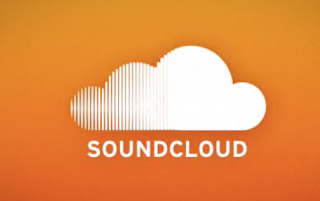 One of the things that caught my attention was the spread of genres that Deon had to reach for in classifying his original songs.  We are taken on a romp from psychedelic rock to mellow to progressive rock to Classical (please note the capital C) to psyche-punk to Electronicambient (yes all one word - guess it's the reverberation).  Genres are more about marketing than anything else and they have gotten so splintered that they are now virtually useless.  But hey, you have to start somewhere.

Jonathan Deon gets some help on this CD from the recognized talents of Pamela Morgan who supplied some lovely acoustic guitar, dulcimer and psaltry.  There's also drums by George Morgan.  But so much from keyboards (to round out the instrumental menu) to the vocals, lyrics, and the original artwork is done by Jonathan and that despite all the genre bending makes for a cohesive whole.

We live in a post-modern age where the real professors are Google and You Tube.  Today's generation can sample, suck up and learn far more than any other generation before it.  And this comes on the heels of a generation that was raised on a mantra of "follow your passion" individualism.  This has messed big time with standards and expectations.  It is this ambivalent reality that I think Jonathan Deon has captured in his buffet of tunes.  He does it with a sincerity and authority born of first hand experience.  Deon will have to get used to people saying, "who did the vocals?  Is that really you?"