Resisting the Sea of Sameness 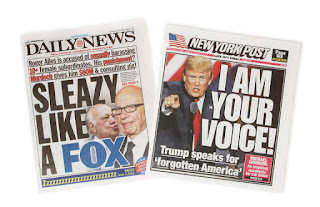 Like just about everyone else, I was shocked when Donald Trump won the election for President of the United States.  I expected Hilary Clinton would squeak in with a slight majority and I reassured myself, even if Trump did get elected, the system of checks and balances in the governmental system would hold him in check.  Now, I am not so sure.  How I feel doesn't matter but I do have one insight to offer.

Even the big picture thinkers I admire the most, like Malcolm Gladwell, had gotten it wrong.  The reason I suspect is that we got drowned in a "sea of sameness" (an expression that I am sure comes from some source, which I do not take any credit for).  I know I have a tendency to gravitate to sources I respect, whether it is the Guardian, The New York Times or CBC.  But these are sources of information that are interpreted in ways that confirm what I already believe.  They are sources of validation for my own personal values. I might acquire new ways of defending viewpoints I already held but I wasn't going to get my opinions changed.  I bet I am not alone. 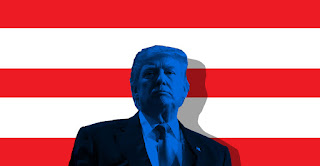 Until the elections results unfolded, I had no appreciation that Obama was so disliked.  It was unimaginable to me that women would "forgive" Trump's behaviour and comments.  Although I was not a Clinton fan either, I could not foresee that Latinos would vote against her.

I heard a commentary on CBC recently that observed there are basically two ways of rationalization.  You could reason like a scientist and follow the evidence ( a version of the empirical system) or you could reason like a lawyer, which still has its basis in emotion.  You decided where you wanted to end up and then came up with the defence.  I am sure this has applications that I could take into my personal and professional life.  A distant memory surfaced from my days studying philosophy at what was then Loyola College in Montreal.  We had a dynamite professor who divided our session into two halves.  For the first half, you might be assigned the role of a Platonist and in the second half a Cartesian.  The subject of discussion, the issue, remained the same but you were forced into taking opposing sides. It was good mental discipline.  I should practice a version of it to gain a better understanding of the world around me.  I might even watch FOX News every once in awhile.
Posted by gloria at 14:42

Email ThisBlogThis!Share to TwitterShare to FacebookShare to Pinterest
Labels: Why the pundits were wrong about the election