From Inspiration to Perspiration: Week One of the Tuckamore Festival 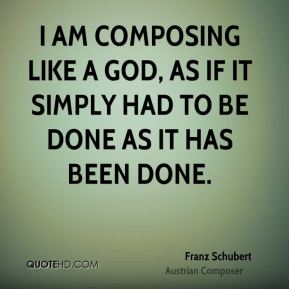 Surely the Festival faithful are by now staggering under the weight of extraordinary music.  "Week one" is nearly over.  We've gone from the Duke Trio to Duke Ellington– à la Late Night Jazz and have ascended to the Gods of Music last night with a star-studded cast that is rarely assembled.  Today we get to Meet the Composers quite literally.

One of the rewarding things about the Tuckamore Festival is how it offers such an expanded and diverse world of music to the general public.  From inspiration to perspiration– and with a grand romp across musical idioms– we get entrée to the real world of musicians in so many various ways.

Nothing can replace the experience of hearing superb jazz in downtown St. John's - complete with the unscripted sounds of motorcycles on Water St. and the sweet smells of baking at the Rocket Room.  There were collective sighs of anticipation as Mark Fewer introduced the familiar jazz standards and alternatively chuckles as he scolded us for not recognizing others.  But we'll remember some of those names after watching the smoke almost come off his fiddle with Fewer's ferocious playing.  And Bill Brennan charmed us as always with his smooth, apparently effortless, piano playing.  They are a fitting counterpoint to each other as a duo.

The Gods of Music program took us from Schubert to Dohnanyi to Ravel.  The Schubert was an impressive four-hands by Timothy Steeves and Peter Longworth flying along the keyboards; the Dohnanyi was a memorable interpretation of all five movements of the Serenade in C major Op. 10 by Nancy Dahn (violin), Thomas Wiebe (cello) and David Samuel (viola); and the popular String Quartet in F Major by Ravel was played with aplomb by Fewer, Dahn, Samuel and Vernor Regehr on cello.

The audience left happily humming the beloved Ravel melody into a thankfully cooling night.  I gave silent thanks that Ravel had heeded Claude Debussy's advice in 1905: "In the name of the gods of music and in my own, do not touch a single note you have written in your Quartet."

Email ThisBlogThis!Share to TwitterShare to FacebookShare to Pinterest
Labels: Week One of the Tuckamore 2015 Festival